Since 2006, it has been glorifying the majority of school celebrations and Has regularly been presenting itself in regional and nationwide reviews, festivals and competitions. Numerous awards and invitations to prestigious concerts testify to the high level of the group. Akademos Choir performed on countless Lublin stages, i.a. Lublin Philharmonic, the Center for the Meeting of Cultures, Lublin Castle. Since 2013, the choir has yearly performed abroad – in Venice, Barcelona, ​​Paris, Rome and Vienna.

Elżbieta Niczyporuk is the guardian of the Akademos Choir. In 2000, the conductor graduated with honors from the Faculty of Art at UMSC in Lublin. After finishing her studies, she spent 5 years in the USA where she worked as a music teacher at the Polish Supplementary School in New Jersey and gave concerts with Elibabki, the school band she founded. After returning to Poland in 2006, she began working at Paderewski International Schools in Lublin as teacher of music, drama and individual voice emission. In the same year, she founded the Akademos Choir. He possesses rich output of awards, i.a.: the Golden Badge of the Polish Association of Choirs and Orchestras, the Award of the Education Superintendent, the Award of the head of Paderewski high school, the Award of the head of Paderewski International Primary School, and in 2013 she got the second place in the prestigious national competition of the Teacher of the Year. In 2017, she was nominated for the National Education Medal. 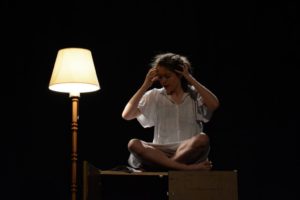 School theater associates students from Paderewski middle and high school. The group participates in numerous reviews and theater competitions in Lublin and the region. It is active in charity, performing for young patients of the University Children’s Hospital in Lublin or hosting children from MOPR in the school hall. 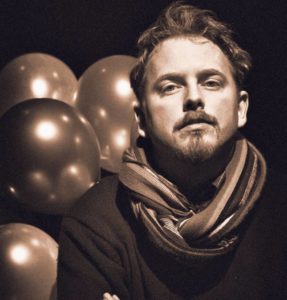 Łukasz Witt-Michałowski – the film and theater actor, theater director, founder and director of Lublin Stage of Prapremiere InVitro – is the guardian of the school theater from 2018. He is graduate of the Acting Department of the State Higher School of Theater in Krakow, and of the Theater Directing Department of the Hessische Theaterakademie in Frankfurt over Main. He worked at Nowy Theater in Łódź and at Stanisław Ignacy Witkiewicz Theater in Zakopane. From December 2007, director and head of Lublin Stage of Prapremiere InVitro.